Posted on by Caged Lion

Note I have not edited the text in  this article in anyway or form, whilst it is aimed at the pan community it can be easily viewed in a similar way for the gay community. If I have comments I have added them after each point. The author and his Mistress come across as very experienced and well educated on this topic.

There article commences below, My comments if any are in Blue: 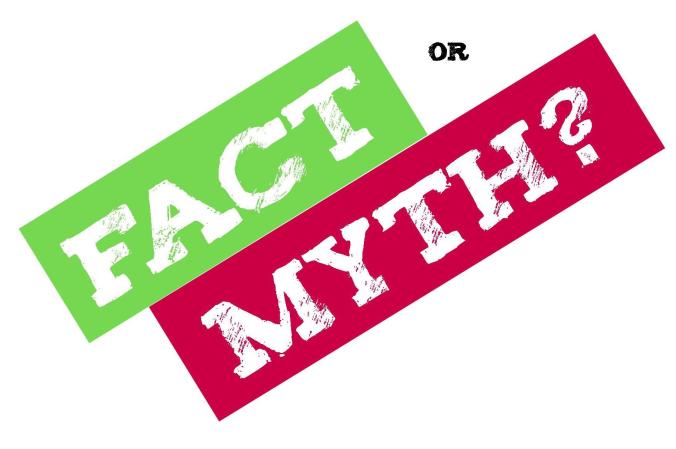 There is a lot of information floating around on male chastity. I’ve done some research to try to separate fact from fiction when it comes to some of these questions.

It is dangerous for a male not to ejaculate for a long time:

According to medical authorities, there is no adverse effect if a male doesn’t ejaculate for months or even years. So-called blue balls and stories of prostate problems are not true.  According to Pepper Schwartz, PhD, “There is some data published by the Journal ofAmerican Medical Association that higher emissions were correlated with a lower rate of prostate cancer– but this is over a long period of time-and the increment of health is slight. ”

Whilst I agree it is a myth, I also belive that the dude in chastity needs to be able to ejaculate every so often, and this needs to be allowed by the negotiation between the locked boy and their keyholder.

Locked up and unable to achieve an erection, a male can still orgasm and ejaculate

After being locked in a Chastity Device, a male will become more attentive and interested in his partner

A key storyline in many male chastity fantasies is that the male will immediately redirect his sexual energy to pleasing his partner. This, the fantasy says, is the result of the device being locked on his penis. There is no physical difference between being locked in a chastity device and simply abstaining from sex voluntarily. While it is certainly true a caged male will try to find ways to get his  Keyholder to give him an orgasm, there is absolutely no evidence that there is an automatic transference of sexual satisfaction to his keyholder. However, like many myths of this type, if you believe it you can make it true for you.

After being locked in a chastity device, a male automatically becomes submissive and desires to do household chores.

Many chastity fantasies claim that when a keyholder takes control of a male’s penis, he automatically becomes a docile domestic slave. That’s certainly not true of me or of many men who are caged. At the very lowest level, a desire to wear a chastity device simply means that the wearer wants someone else to control his ability to orgasm. That’s it; nothing more. Now, many males have more complex agendas. They want more than simple orgasm control. I know that I want Mrs. Lion to take full sexual charge and have the power to make rules for me and discipline me when I displease her. None of that has a thing to do with the device on my penis. I’ve always shared chores. I am not doing any more now than before.

There should be some pain associated with wearing a chastity device.

This is a big one. A well-designed chastity device should not hurt to wear. Too many males buy inexpensive plastic cages that irritate the skin behind their balls or other areas on their genitals. Devices like the CB6000 commonly cause this irritation. Some males have no problem wearing them. If you wear or are planning to wear your device for more than a weekend at a time, you should invest in a good-fitting device that you won’t even notice most of the time. If you have to apply lube to prevent the device from hurting you, it isn’t right for your body. I wear a Mature Metal Jail Bird 24/7 with no discomfort or lube needed (Mrs. Lion uses a little hand cream to ease my penis into its cage). See our guide to getting a good fit for information about how to properly measure for a chastity device.

The keyholder gets many benefits from locking up her male

Let’s face it, being a keyholder is work. She has to deal with all the extras that a caged male wants, such as regular teasing, maintaining some release schedule, and accommodating the fantasies that go along with Enforced Chastity

. The fantasies claim she gets endless sexual pleasure and a docile male to do housework, laundry, and paint her nails. Just read Mrs. Lion’s posts on the topic. Being my keyholder holds few benefits for her beyond giving me something I really want. Your keyholder has given you a gift. Ignore the fantasies and recognize what she is doing for you.

In our case, caging me has brought us closer in ways that were completely unexpected. Our communications have improved, and we are much more sexually active than we were before. It’s ironic that caging my penis has improved my sex life. It has. Chastity won’t cure marital problems. Caging a man who cheated may prevent future extracurricular sex, but won’t erase the betrayal the cheating produced. A thoughtless husband won’t become more thoughtful. No wife really wants to beat her husband into being good to her. However, like us, many couples find that the chastity device forces more focus on intimate pleasures that a busy life may have pushed into the background.

In the research I have done personally and what I have read and been told I tend to agree with this, a locked boy certainly will become more closer and attentive to their partners needs, this works well in a Dom/ sub dynamic. It would be what I would consider a behaviour that the locked boy would want to be able to experience orgasm and requires the assistance of the keyholder in order to achieve this, therefore the locked boy would be willing to please his sexual partner to be rewarded.

<br /><br />A mechanical device that prevents a male from erection and orgasm. It is locked and the key is retained by the keyholder.  The picture is of Lion wearing a Mature Metal Jail Bird device.”>chastity device

The person who retains control of the male’s penis in enforced male chastity. The term keyholder refers to holding the key that locks a chastity device.”>keyholder

4 thoughts on “Chastity – Myth or Fact”